Failure at School – Why it’s Not Always Bad 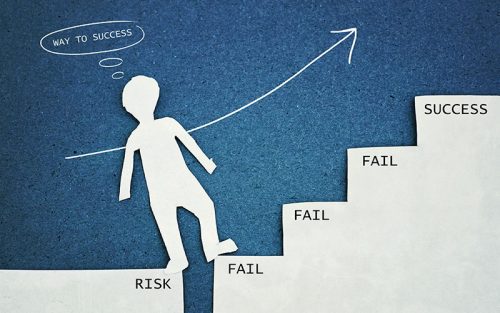 There’s a famous quote by Thomas Edison that goes: “I have not failed. I’ve just found 10,000 ways that won’t work.” I think it’s pretty inspirational, and that there’s a lot we can learn from it. It’s a quote expressing the idea that both failure and resilience are natural steps on the road to success.

Just how many times must we fail before we succeed? For Rocket Chemical Company, better known as the WD-40 Company, the answer was 39. After 39 unsuccessful attempts at creating a rust-prevention solvent and degreaser for the aerospace industry, the three-man team managed to mix the perfect amount and type of chemicals to form a water displacement formula that would later become famous as WD-40.

Why failure in classrooms is not a bad thing

Failure is not a bad thing. It’s an essential, integral part of learning, and we will inevitably experience it in all corners of life and in everything that we do. The difference between growth and stagnation is found in how we bounce back from every failure that we go through – or to put it in other words, where we are on our “resilience-meter” (yes, that word is completely made up).

To expose yourself to failure you must be willing to take risks. It is our job as teachers to foster an environment where students are not afraid of raising their hand and putting an opinion or idea out there. The synergy between risk-taking, accepting the chance of failure, and creating a learning moment from mistakes made, is what will grow students’ resilience and teach them to succeed.

Every failure is a learning opportunity

The first and most important step is reframing failure. By definition, it normally carries fairly negative connotations. Failure isn’t really a word that should be thrown around in education. Students will always react better to positive encouragement than to the looming threat of failing. For this reason, the concept of failure should be reframed, and seen instead as a learning opportunity. When a mistake is made, ask students to think hard about why they were wrong. Teaching students that being wrong is one step closer to being right is a process that will foster risk-taking and resilience in the long run.

The second step is to be a model of the behaviour and thought processes you want to see from your students. Be a living, breathing example of the adage that while failure is a humbling exercise, learning is a humbling process. Show your students how you redirect your ways of thinking and doing when something seems amiss. Acknowledge your own mistakes, past and present.

There is something truly remarkable about watching students embark on their own journeys in education. As teachers, it is our duty to guide them through the experience, but we must also recognise the fear of failure that is pervasive in our competitive society. As a result, the classroom must clearly be offered to students as a safe space to take intellectual risks.

Let them know that you’re there to celebrate when accomplishments are formed from their courage and effort, regardless of how many attempts it takes to find a solution. Remind them that, just like the minds behind WD-40, it may take 39 failures, but that with enough perseverance and reflection, success is just a matter of time.

← Prev: What Makes a Modern Teacher? Next: Effective Assessment and Evaluation for New Teachers: More than just Marking Papers →