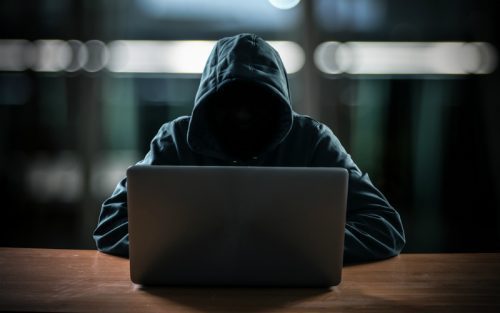 A Digital IB: What about Piracy?

The market for educational material is increasingly embracing the fact that the traditional textbook has seen better days. The result is the rise of Digital textbooks, which have plenty of advantages. They’re more convenient, interactive, and intelligent. On top of that, they’re malleable and can be updated continuously without being reprinted – which makes them cheaper in the long run.

When the textbook market enters the digital world, these benefits can be reaped. But despite the obvious upsides, some say the market will also meet increased digital dangers, one of which is piracy.

According to a 2016 study on college students, only one in five students reported that all their course material was legally acquired. The main reasons listed for the high degree of piracy were accessibility and lower costs, at 37% and 35% respectively.

Although IB course material is often paid for by institutions and not individuals, the study highlights a general principle that emerges when education goes digital. However, although it seems counter-intuitive, the digitalisation of traditional textbooks would probably prevent piracy, not enable it.

EdTech: no need for piracy

The reasons are quite straightforward when we look closer. As opposed to traditional textbooks, digital textbooks can be updated continuously without having to be entirely reprinted, driving the price down. Also, being accessible over the internet, students need not worry about getting hold of a hard copy.

Since the two main factors driving textbook piracy were accessibility and low cost, digital textbooks can counter both piracy motivations.

The course material being illegally downloaded by students consists mostly of .pdf files, either e-books or scanned hard copies. If anything, this shows how susceptible the traditional textbook is to piracy. People will often take advantage of a vulnerability like this if the opportunity presents itself.

The digital textbook, on the other hand, doesn’t have the same weaknesses. This is because it’s not a mere .pdf, but an essential kog in an increasingly digital classroom, where the teacher monitors students’ performance and students receive automatic feedback.

The traditional textbook market, selling both hard copies and e-books at high costs, inevitably gives rise to piracy. And although such piracy is clearly unsustainable, it’s easy to sympathise with students trying to get the best possible education regardless of inequalities and financial circumstances. Kognity is on a quest to bring education into the 21st century, and upholding the equal opportunities that are fundamental to the IB is an important part of that objective.

But however much we can understand the motivations behind textbook piracy, we can’t justify or support illegal practices. The modern, digital textbook strikes the right balance: the education community can move towards equality of learning resources in a sustainable way and students are not driven to resort to unlawful conduct in the pursuit of good course material.

You can find out more about which cookies we are using or switch them off in settings.

This website uses cookies so that we can provide you with the best user experience possible. Cookie information is stored in your browser and performs functions such as recognising you when you return to our website and helping our team to understand which sections of the website you find most interesting and useful.

These cookies are necessary for the website to function and cannot be switched off in our systems. They are usually only set in response to actions made by you which amount to a request for services, such as setting your privacy preferences, logging in or filling in forms. You can set your browser to block or alert you about these cookies, but some parts of the site might not then work. These cookies do not store any personally identifiable information.

This website uses Google Analytics and other tools to collect anonymous information such as the number of visitors to the site, and the most popular pages.